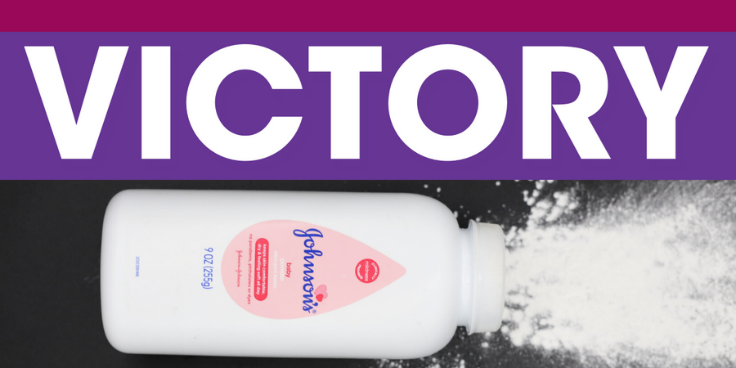 After two years of pressure from supporters of BCPP’s Campaign for Safe Cosmetics, this is big news.

The campaign grew from the widespread concern that talcum powder use in the perineal area is linked to ovarian cancer, as well as the shocking revelations of J&J baby powder’s asbestos contamination. Asbestos is a chemical linked to mesothelioma and other life-threatening cancers.

0This victory wouldn’t have been possible without the unwavering support of tens of thousands of concerned people from around the world!

As some of you may know, pressure from the Campaign for Safe Cosmetics and supporters (like Niki), led to that J&J’s 2020 announcement it would stop the sale of its talc-based baby powder sales in the US and Canada.
While this seemed like an important first step, Johnson & Johnson continued to aggressively market talc-based baby powder to women of color around the world.

The healthcare giant’s decision to continue global sales of its toxic talc was even more troubling given a Reuters news investigation** that uncovered damning internal company documents. The report revealed how, as early as 1992, J&J began marketing its talc-based baby powder to African American women, despite its awareness of the product’s link to ovarian cancer. Research shows that African American women who use talcum powder for feminine hygiene have more than a 40 percent increased risk of ovarian cancer.

This latest victory will finally stop J&J’s racist marketing of a cancer-linked product to women of color around the world, making this global victory even sweeter.

Niki’s Comments: In the 60’s pharmaceutical companies ‘trialed’ birth control pills throughout India prior to distribution to North America. These same companies (and others) ‘trialed’ powdered milk to India & Pakistan for new mothers as better for their babies than mother’s milk!